I recently spotted a bar stool in a scrap pile headed for the junk yard. The stool itself was looking pretty rough and had clearly been sitting out in the elements for awhile. After securing permission from the owner of the scrap pile, I looked at the main parts of it and decided to breath a little life back into the stool as it was structurally pretty sound.

Being the rookie internet-reviewer-craft-writer-abouter guy I am, I forgot to take pictures of the stool in its complete beginning stages. So this article will start a bit into the project.

Tools and material I used:

This is the part where I show you the process of removing the seat off of the frame and breaking down the stool hardware. Too bad I forgot the pictures, so here is a drawing I made that is just as good.

I removed all the moving parts of the stool laid the bits out. I actually had to use a hacksaw to remove one of the bolts holding the seat down. The best I can do is to show you what the old seat looked like. Its pretty nasty and there’s a chance of contracting some type of disease if used in its current condition.

The first thing I did on this stool was clean off all the metal and begin to paint. I painted first because the paint drying was the longest part of the whole project. I just laid down some cardboard and used the paint spray to quickly coat the stool base.

The next order of business was to cut out a new seat. I had some old 3/4 plywood I could use. I went with 3/4″ because it is very sturdy and readily available in the scrap wood pile. I used the old seat and traced it out and cut with my Jigsaw. The base doesn’t have to be perfect because it will be covered with foam and fabric. 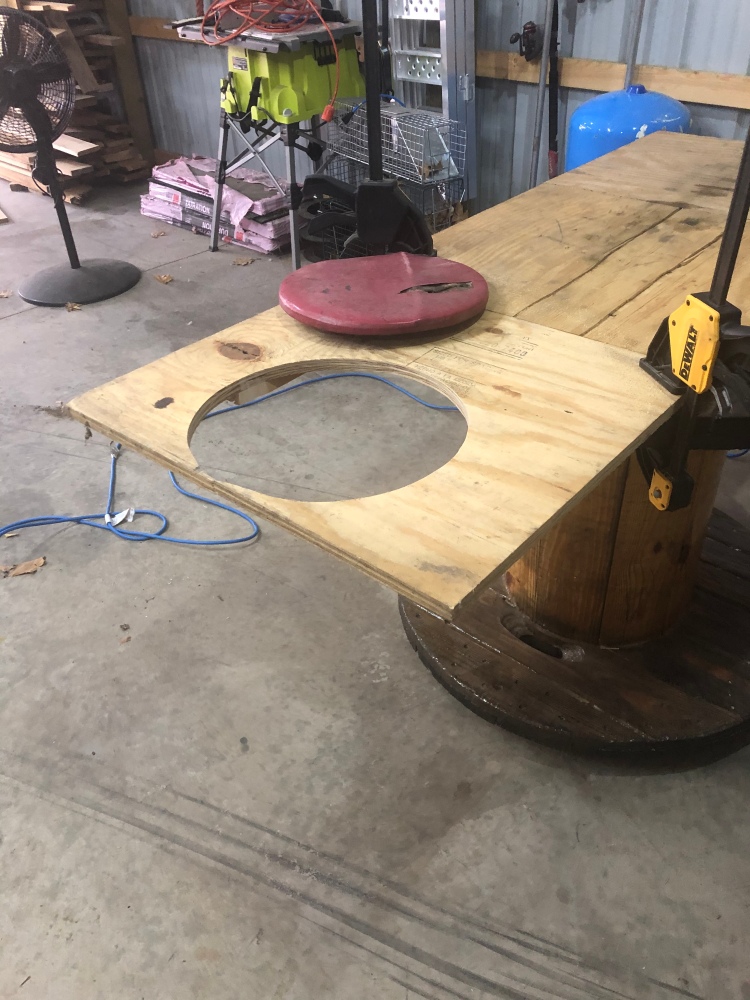 After cutting out the new seat, I laid the old metal bracket on the new seat and drilled holes accordingly.

After establishing and drilling the holes, I installed new bolts. The remaining old bolts were rusty and jam packed with tetanus so I slid new 3/8″ bolts I had laying around into the holes.

Next it was time to lay out the new stool base. 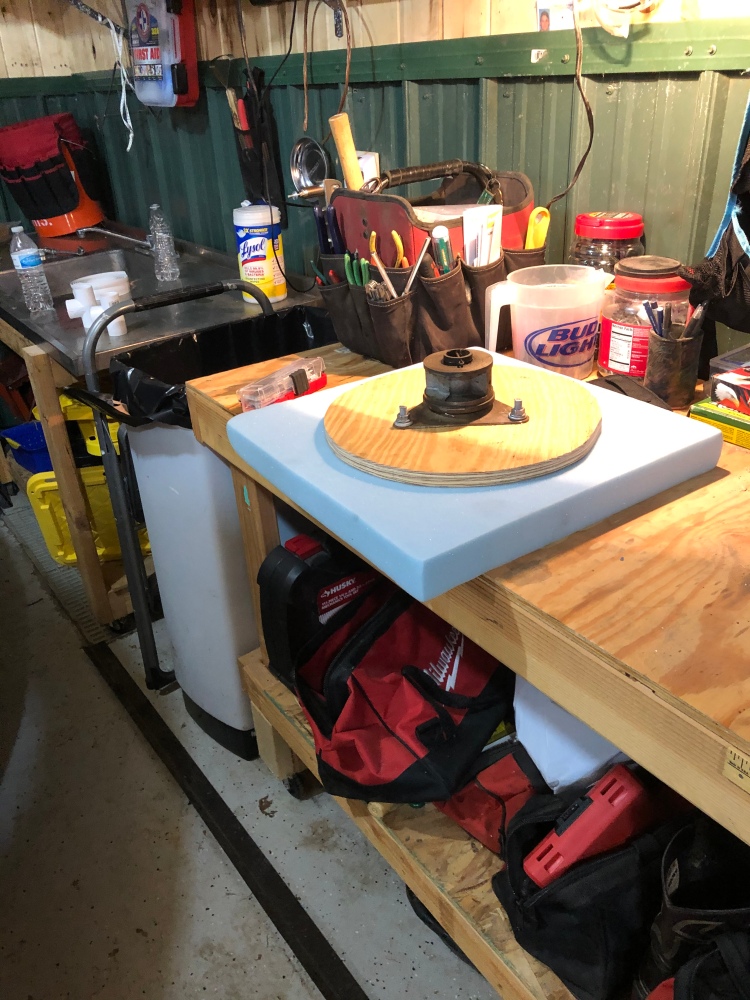 I used a razor knife to cut all around the seat in a circle. This doesn’t have to be perfect as it will be covered up with sweet camo fabric soon enough. I also used the hacksaw to trim the bolts down and filed them smooth to avoid any sharp edges.

Next its time to lay out and cut the fabric. Be sure to leave enough to cover the seat by a few inches all the way around.

Once the paint dried, I attached the new seat to the base and finished the project.

Being that I already had invested in the tools, the remaining costs of having an awesome stool in Mancave the was minimal compared to buying a new barstool.

Here are just another two pictures of a stool we did the same basic steps on for an old antique vanity my wife and I revitalized!

I am a full time Dad, Husband, Lineman, Outdoorsman, and Crafter. This site is for anyone interested in crafts, outdoors, hunting, tools, and general diy projects! View more posts